Life is better in the woods.

If you’ve been following along, you know that Joey and I absolutely LOVE Big Bear. We just recently visited this past summer (which you can read about here) and for sure took advantage of all their summer activities. In the winter, however, Big Bear becomes an entirely different place, and a freezing one at that.

Two of our friends, who actually happen to be our neighbors (love y’all) had never been up to Big Bear so we had an ahhmazing time exploring with them as well! We started our weekend off by stopping for breakfast at the cutest little spot in the village called Teddy Bear Restaurant. They had the best biscuits and gravy, which I’m suuupperrr picky about because my mom makes HANDS DOWN the best biscuits and gravy ever. We also happened to have dinner there the next day before heading out and I had the most amazing homemade pot pie! Needless to say, if you’re in the area, hands down grab at least one meal at Teddy Bear Restaurant if you can!

After it was off for a day of adventuring through the snow, stopping for TONS of pictures, making our way throughout the village shops, and then finally making a pit stop at the Big Bear Alpine Zoo. Sometimes I feel like a broken record player, repeating so many of the same things, but if you know me, you know I’m not the biggest supporter of zoos. I’ll only go to a zoo/aquarium if I’ve researched it enough and know that the animals they house are incapable of surviving in the wild (i.e. rescued from hunters, poachers, injured, rescued from those who thought idk, a bobcat would make a good pet??). I will never go to a zoo that has bought/stolen animals from the wild only to have them suffer and mope around a 5 foot cage for the sake of entertaining a 4 year old kid. But enough of my two sense on that subject matter…… the Big Bear Alpine Zoo does all the things I love and hope that all zoos would do. 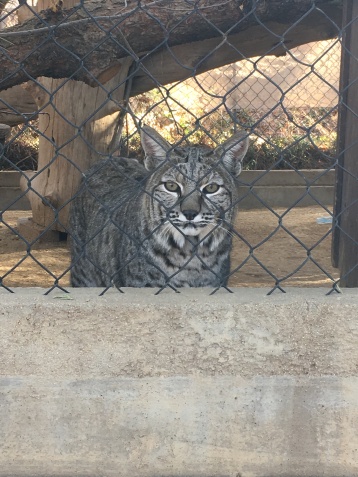 It is a very small zoo and each and EVERY animal is a rescue animal that is now unable to survive in the wild on their own. They have a plethora of bobcats; many of which were rescued after “owners” could no longer take care of them due to their size and need for physical activity. How someone even purchases a bobcat as a kitten is beyond me. They have deer that have been hit by cars and left for dead, same for their three black bears, a pack of wolves which were rescued as pups when their mother was killed, plenty of owls and eagles that were injured in fights and almost all of them can no longer fly, and then my favorites, two sister snow leopards (born in captivity) that were rescued from another zoo that could no longer support the care they needed.  You can read more about their story here if you’re interested. 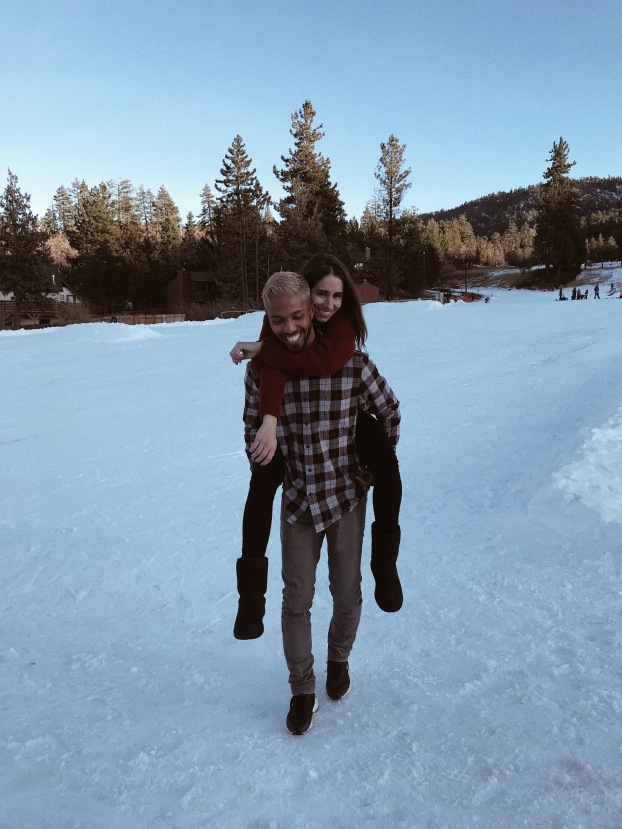 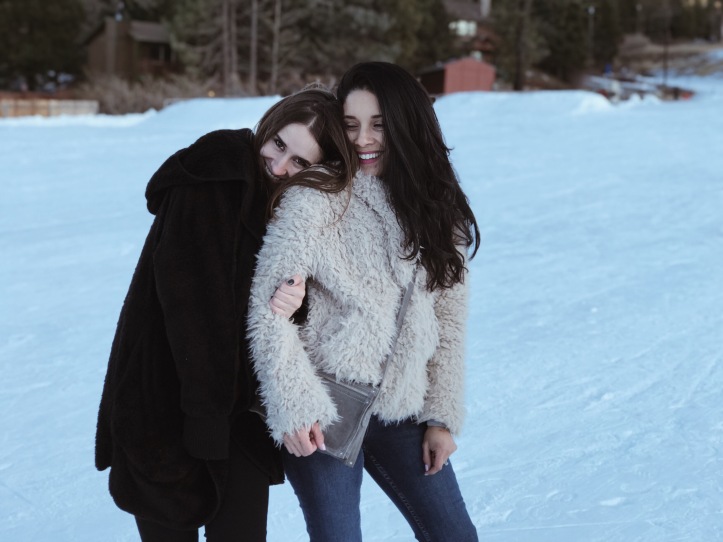 After the zoo it was off to dinner at Laguna Grill (horchata highly recommended!) and afterwards, our night was spent playing board games and stuffing our faces with loads of candy which we bought at the local candy shop in the Village. Of course the night would not be complete without the boys trying to scare the s*&^ out of me! Erika did the smart thing and knocked out as soon as possible, leaving me with two boys knocking on walls at random times, playing horror movie music, AND finding scary movies to put on the tv! IT WAS HORRIBLE! After probably 30 min, I finally got my way and stopped the madness, mostly because I was on the verge of crying and Joey was starting to feel bad (took him long enough!)

Day two was an early one, breakfast at our favorite: Grizzly Manor, a little shopping at the local old fashioned store (obsessed with this place) and then off to take Erika and Randy for a helicopter ride!

Joey and I had such a great time the first time we did one that we had to take our friends to experience it too! And of course, we caved and paid for another trip for ourselves as well, it’s just too good an experience to pass up (even for the second time). 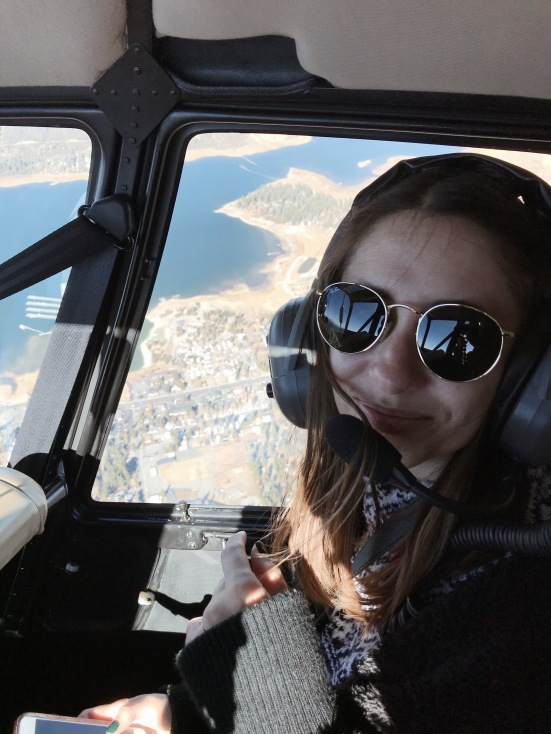 Immediately after, we went up the mountain to enjoy some good ol’ tubing. Shockingly, this was my first time EVER! Every time I’d been to Big Bear in the winter, I’ve always snowboarded and filled every waking moment snowboarding with my sister and friends. This year we didn’t want to snowboard so decided that tubing would be just right for us, and I had an absolute blast! 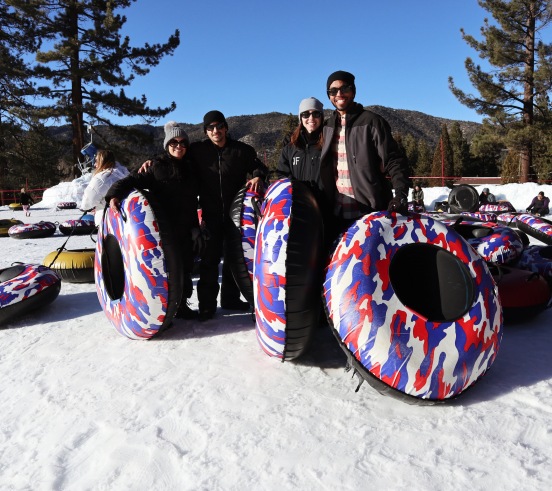 After changing our wet clothes post tubing, we grabbed some dinner in the village and then it was time to head home and back to work on Monday! We had such a great trip and wish we could’ve stayed longer. Erika and I are basically already planning our next weekend getaway up the mountain!

Hope you all had a great weekend and have a great week ahead! Video of our experience coming soon!