Going inside The Everglades!

I have to admit, I was 100% on board the whole drive but upon arrival and actual understanding of what we were about to embark on..my assurance dwindled to more like a 40-50% 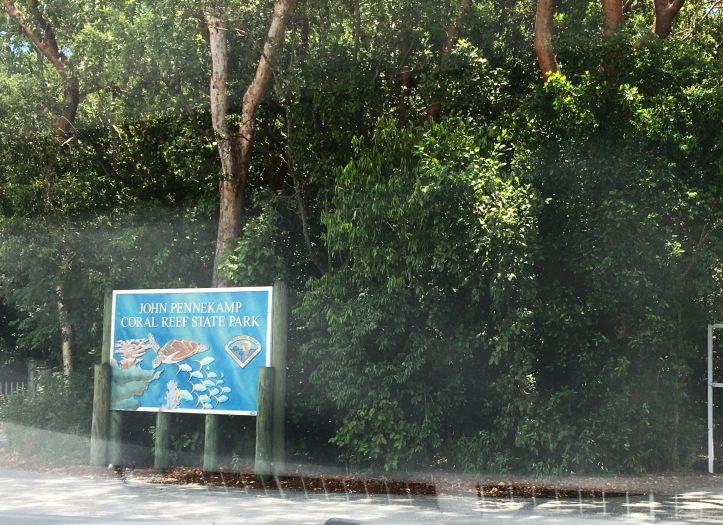 John Pennekamp Coral Reef State Park, famous for it’s proximity to natural coral reefs, is an amazing state park located right within The Everglades. To get to the coral reef itself, you have to reserve your spot on one of the touring boats that then takes you the 30+ miles off the coast to the reef. When we went, we weren’t aware that you actually have to have a reservation up to 24 hours before hand, so that’ll be for another time!

Nonetheless, we had the most amazing day. We decided instead, to do a kayaking tour, which mind you is not so much a tour as it is someone giving you a map of the trails and telling you how to row the kayak. So yea, you’re on your OWN in The Everglades! As we were loading ourselves into our kayak, we overheard a returning group telling one of the associates about seeing alligators and manatees along the hammocks. Little fact- manatees are about as common as alligators are out here, but I guess they’re just too cute to get any media attention.

So hearing about the alligators, I was a little worried that we could potentially upset one accidentally and have an incident. Thankfully, we didn’t even see one! What we did see however, were tons of jellyfish, sting rays, crabs, and fish! Although, not so many of the colorful fish you’re probably thinking of, as we weren’t near the reef where majority of them live. 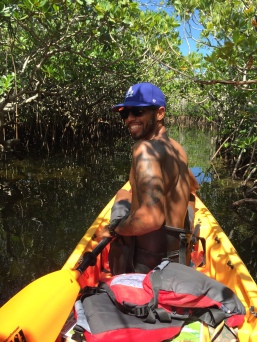 The map you’re handed displays the variety of trails to row through and their differences in difficulty, some you literally barely fit through and have to duck under the hammocks to make it through! It’s real life, intense adventuring and was every bit as fun and exhilarating as it was terrifying!

Of course, I opted to only do the simple, open water- beginner trails. Apparently my boyfriend has a Bear Grylls complex, because at his adamancy, we ducked and pushed ourselves through each and every mangrove, clearly labeled as advanced kayaking. But hey, we survived 🙂 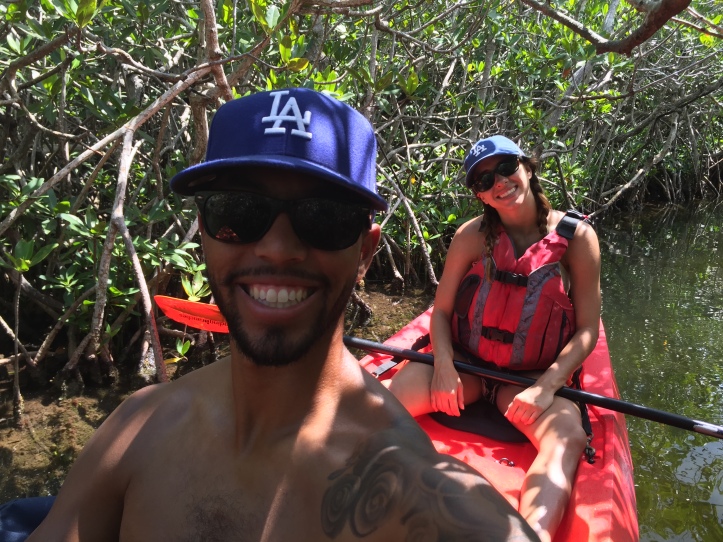 One particular jellyfish we were able to get a picture of, named the “Upside down jellyfish” actually resides along the coast, right where the waves hit the beach and is literally the weirdest looking thing I quite possibly have ever seen. I mean, how is this even considered a jellyfish! 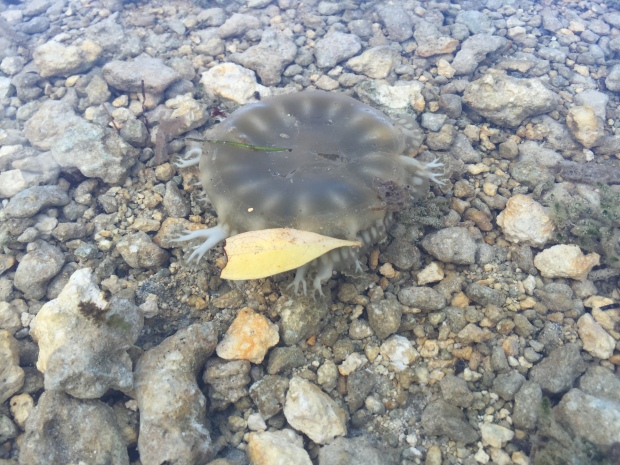 We had such a fun day and can’t wait till we get a chance to make it out for snorkeling along the coral reef!