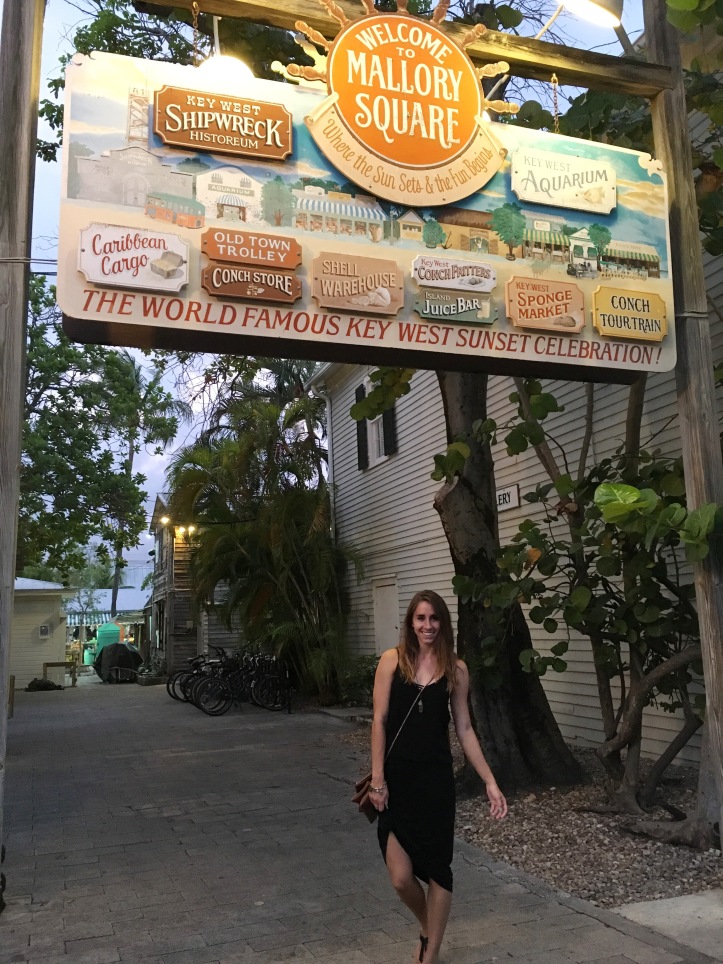 So what are you going to do after watching that AMAZING Key West sunset?

After having watched the sun disappear beneath the ocean, the next best thing to do is walk around Mallory Square. The square is like a tiny city in itself, where you literally walk from store to store, everything is interconnected. If you need a place to buy a unique souvenir or gift for a loved one, this would be your spot! They have stores dedicated to oceanic items like shells, sea glass, and dried sea sponges. There are stores dedicated to Cuban culture and filled with cigars and cuban flags. Then there are stores, of course, filled with every Key Lime flavored thing imaginable. Before having come to Florida, I was never a fan of “key lime” anything and had tried it multiple times, my dads a big key lime fan. I can now say, after having some authentic key lime pie,  it’s probably tied for first (with my beloved pumpkin) as my favorite type of pie. So, if you’re not a fan of key lime, come to Key West and then tell me what you really think! Also, try the Key Lime infused dark chocolate while you’re at it 😉

The square also has it’s own aquarium and shipwreck museum. Both happened to be closed while we were out, but for sure next time we’ll make a point to check them out. 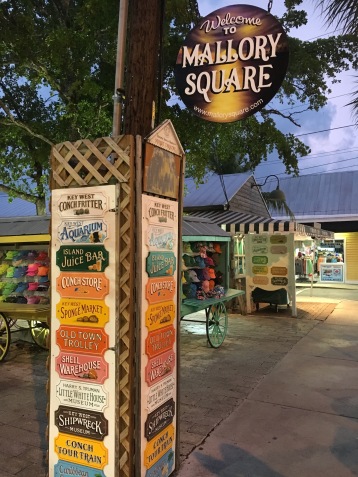 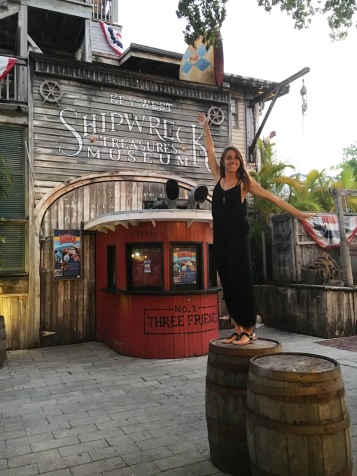 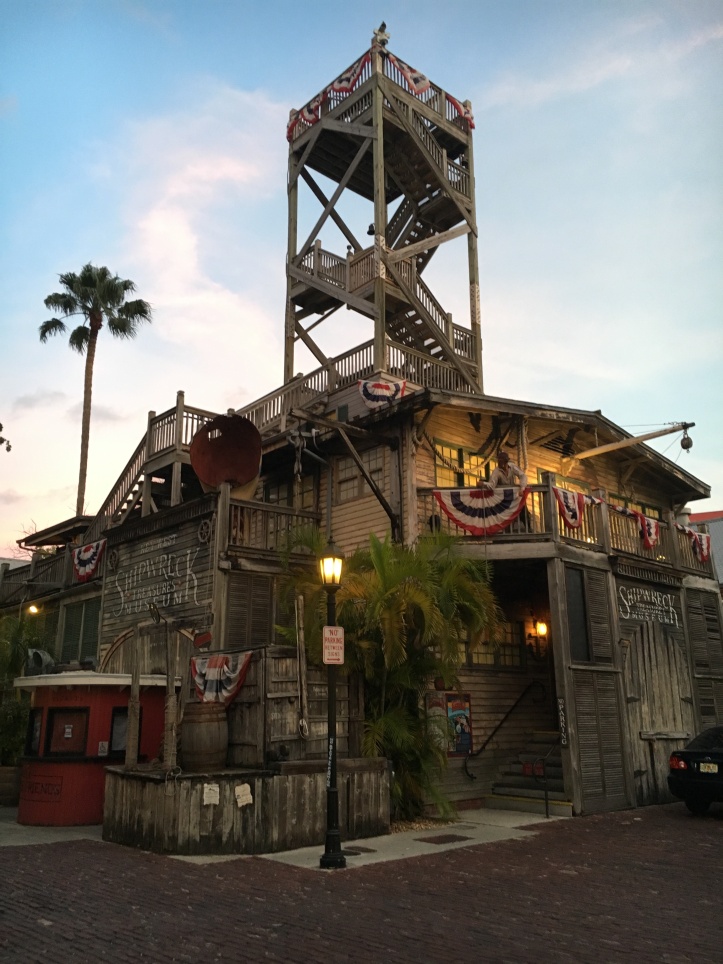 Outside of Mallory Square lies one of the islands “main streets,” Duval St. I don’t have any pictures for now but there are blocks of restaurants, little shops, and bars. Many of which are rumored to be haunted. They even have a tour that takes you to all the hauntings and tells you of their legends. If I wasn’t so much of a chicken, I would take a tour because doing some of my own research, some of the stories are pretty interesting. Like, theres a bar on the island, once called Captain Tony’s Saloon, that holds rumors of the “Lady in Blue.”

Prior to being a saloon, the land served as a city morgue, but in 1865 when a hurricane hit, it was destroyed and years later became the saloon. When Captain Tony wanted to expand his saloon, it involved building around a tree that was once used for hangings and lynchings. This included the hanging of a woman who had murdered her husband and two sons. She was hung in a blue dress still drenched in her victims’ blood. So many people have reported seeing her inhabit the saloon that she was given the name “Lady in Blue.”

Currently the saloon is a restaurant called “Sloppy Joe’s Bar,” which also happens to be a tourist and local hotspot alike. People still report sightings of the “Lady in Blue” to this day. So we took a picture from across the street 🙂 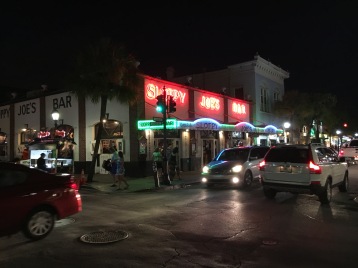 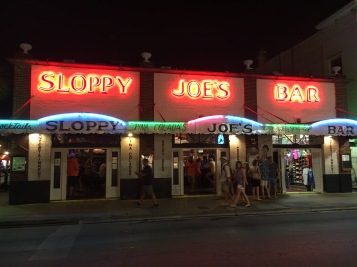 There are TONS of these legends and stories around the town, you can google them too if you’re interested. There’s even reports that if you were to go to Fort Zachary Taylor (same one from my previous post) at night, you can hear soldiers lining up and shouting “gunfire” along the canons. I’m skeptical when it comes to these kinds of sightings and stories, but it’s still pretty interesting to hear about.

Walking around Duval Street you’ll be immersed into a different culture and lifestyle. It really is an island life down there. In a little corner around Mallory Square, there’s a gallery entirely dedicated to cuban immigrants who came to shore here and holds beautiful art reflecting their culture. 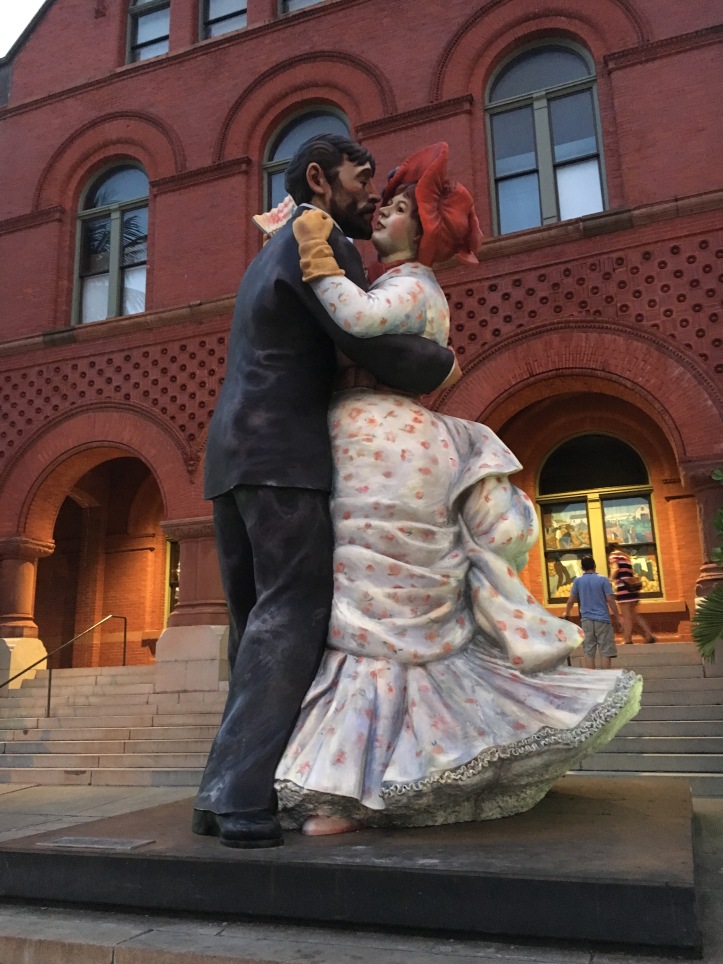 After having left Key West, I really can not wait to go back and experience it once again!